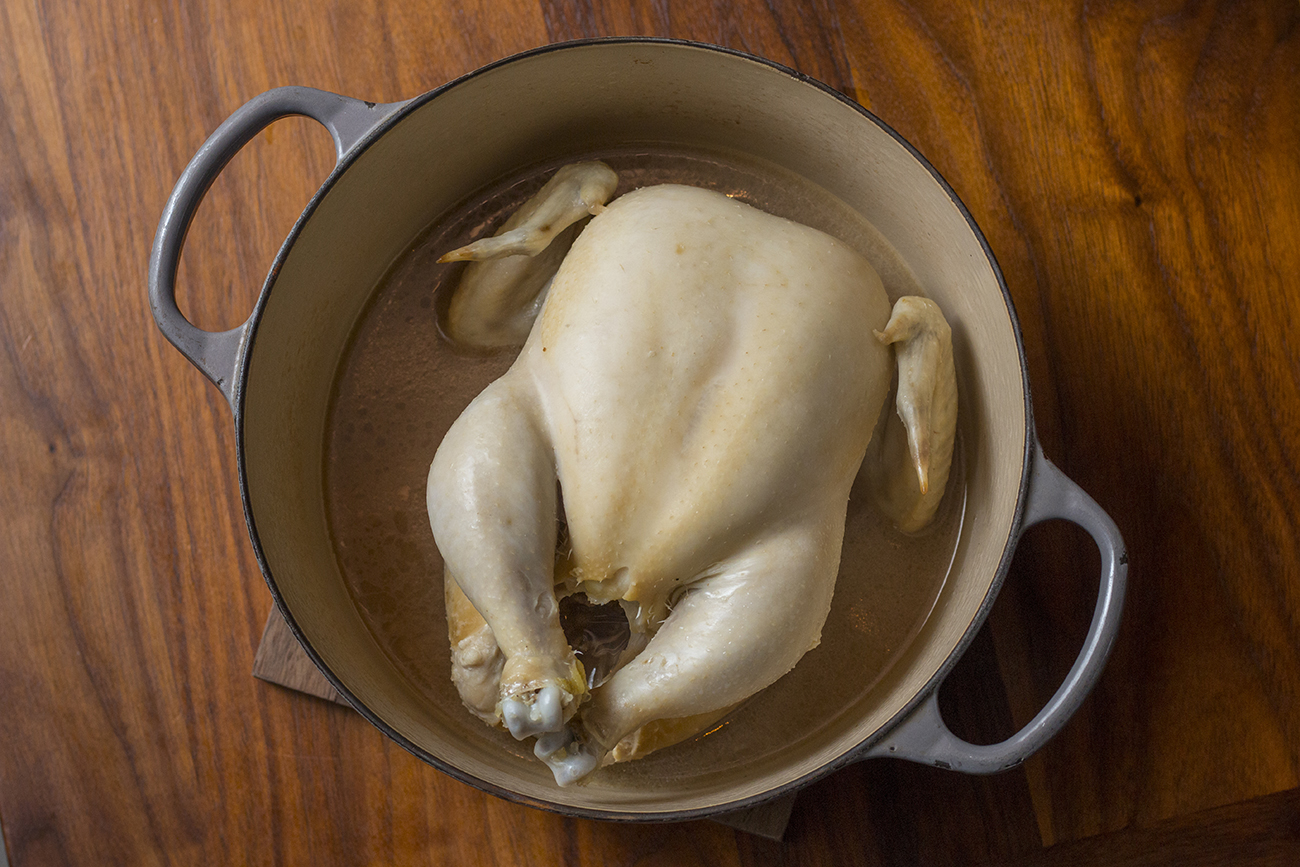 We’re still a few months from peak chicken-roasting season. Before the copper pots come out, before the cooking twine is cut, before best-laid plans are made for golden-brown birds, we’re taking a stand against roasted chicken. Boil it instead.

The team at Majordōmo has been boiling their chicken since the very beginning. You don’t lose the precious juice that seeps away with roasted chicken. It all goes into the soup. 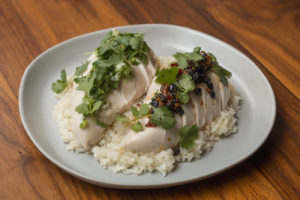 Their recipe is based on sujebi, a Korean hand-torn noodle soup that Dave Chang’s mom used to make for him as a kid. She’d throw whole chickens into piping hot water and boil them, then use the noodles to thicken the broth. Sujebi dates back to around the year 1000, but it became popular again during the Korean War, when rice was so expensive.

Sujebi is not dissimilar from Southern chicken and dumplings, another dish that grew out of hard times. A creamy chicken soup is cooked with strips of pastry or biscuit dumplings. During the Great Depression, chicken and dumplings was a go-to for families trying to stretch scraps into a meal. It’s also one of Dave’s favorite dishes from growing up in Virginia.

At Majordōmo, the Whole Boiled Chicken comes in two courses. First, the team carves the boiled  breasts and serves them over chicken rice, a nod to Hainanese chicken. The chicken and rice are topped with a green ginger scallion sauce and a red black bean sauce, inspired by Gabriela Cámara’s painted whole fish at Contramar in Mexico City.

Then, the dark meat is cooked into the soup with hand-torn noodles and whatever is fresh at the farmers markets around town.

The soup is featured in this season of Buzzfeed’s Worth It alongside two other Korean soups in Los Angeles, from Spoon by H and Hanbat Shul-lung-tang. Watch the episode and visit Majordōmo to try  the Whole Boiled Chicken. 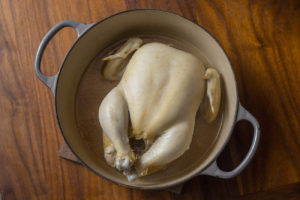 The One Pot You Need for this Boil

For chicken in a pot, you need a big cast iron. We love this one from Le Creuset—it’s the perfect size for a whole chicken, and if you’re going to commit to buying a cast iron, this is one of the best on the market.