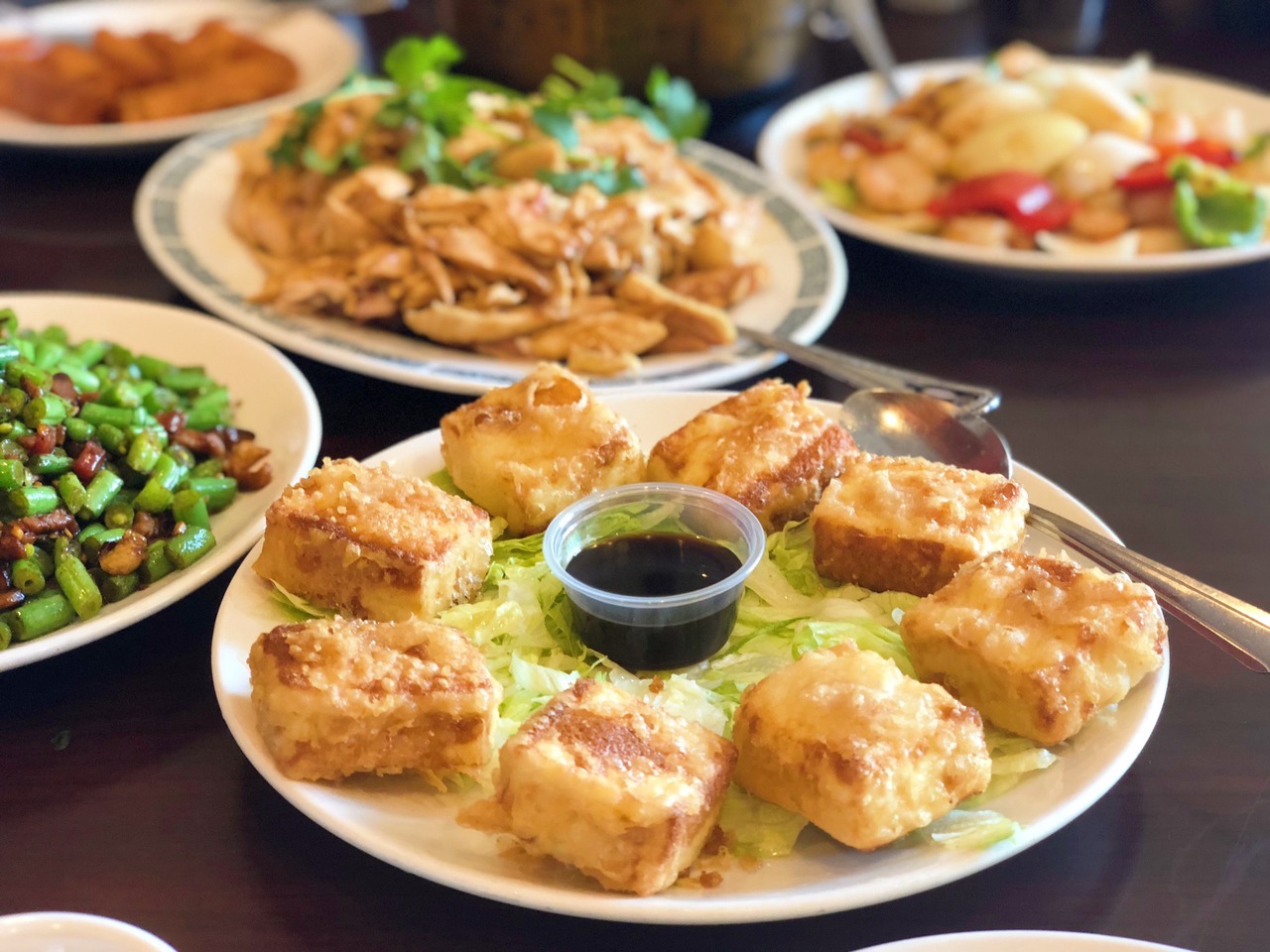 Everyone calls George Yu the mayor of LA’s Chinatown, though his actual title is Executive Director of Business Improvement District. Either way, after spending a short afternoon with him touring the neighborhood around Majordōmo, we can confirm: there’s not a thing that goes on there that George doesn’t know about. He’s spent three decades working for the area’s growth and advocating for his restaurants―and in that time, he’s wracked up a handful of favorite places to eat.

Here are three we visited with a few recommendations on what to order.

YANG CHOW
Yang Chow has been a staple of Chinatown since the Yun family opened it in the late 1970s. It’s known for two things—Slippery Shrimp, and the long lines of people waiting to eat Slippery Shrimp. The shrimp are deep-fried and covered in a tangy-sweet sauce. It’s not “authentic” at all, but that hasn’t stopped it from becoming one of the most popular Chinese dishes in LA.

That’s not to say there aren’t more traditional dishes at Yang Chow. I’m Northern Chinese, so I gravitate to their dumplings. They’re great, but the staff will try to dissuade you from ordering them because they take more time to cook and they want to turn the tables faster. But trust me—you’re going to want them before your Slippery Shrimp.

PHOENIX INN
Phoenix Inn is another old-school restaurant that’s been here since the 1960s. It’s expanded dramatically in the LA area but we have the original right here. The menu is massive, and it’s hard to order wrong but here’s what I get: the Phoenix chicken (which comes cold) or steamed chicken with onion and ginger (sometimes they leave the head on!), the sichuan-style stir-fried string beans, spring rolls (who doesn’t like fried things?), and whatever noodle dish looks good. A bonus: they stay open until 1 am.

A few years ago the second generation took over and updated the dining room. The locals were annoyed, but I saw it as a great sign—we need the next generation to continue to invest in Chinatown.

CHINESE FRIENDS
If you’re looking for solid Chinese-American food, go to Chinese Friends. The dining room has no-frills: fluorescent lighting, tile floors, and simple wooden tables. You won’t have to wait like you do at Yang Chow and the food is not too different. You can even get their version of Slippery Shrimp called “House Special Shrimp.”