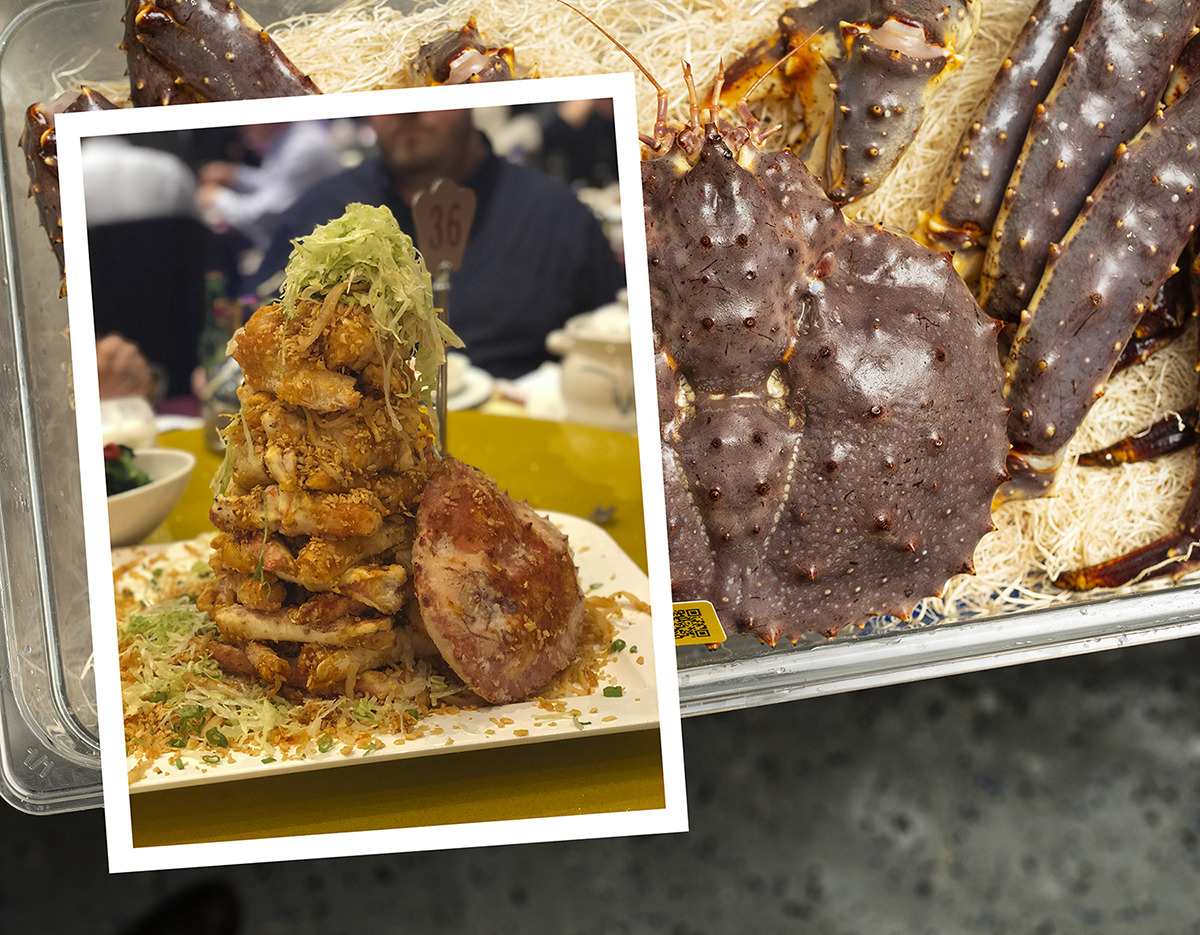 King crab always means a celebration. If you’re into trying king crab, here are some of our favorite spots. Bring friends—all of these require a crowd.

JUMBO is one of many seafood spots in Singapore, and it’s definitely a classic. They opened their first location in the ’80s at the East Coast Seafood Centre, which is worth a visit. They are best-known for their chilli crab, but go for the black pepper instead—it’s basically stir-fried sweet butter with black and white pepper, and it’s another mainstay of crab in Singapore.

This is one of Dave’s favorite places. They moved to a new location a few years back—and it’s massive. Fish tanks line the entire room. Once you pick your order, they walk the crab to your table before they fry it up into a massive tower with your choice of seasoning. The only way to do this place is with a large group. Get one of the big feasts and be sure to try the king crab Hong Kong Style.

This restaurant became a part of Momofuku lore back when the team was first opening Seiōbo. It’s right in the heart of Chinatown in Sydney, and they have tons of seafood you can order. It’s also really busy for late night—they’re open until 4 am. They have salt and pepper king crab, which is worth a try, but also be sure to get the braised noodles with king crab roe.

The first location of The Boiling Crab opened south of LA in 2004, but they’re all over California now. It’s a crab boil spot, so they don’t have whole king crabs, but you can get king crab legs, which are probably the best part anyway. Choose your sauce—top choices include garlic sauce or the whole shebang which is a little of everything—then pick the spice. Throw in some corn on the cob, sausage, and whatever else you want to munch on.

KEK is a recent favorite—it’s basically another version of all the seafood places in Singapore like JUMBO. They don’t really carry king crab here, but go for the Sri Lankan crabs because they have really big claws. The best sauces are probably the chilli crab, which is extremely common in Singapore, and the fried crab with salted egg yolk. Be sure to add extra gravy so you have plenty of sauce to soak up with your bread.