What is Amaro and Which Ones Should You Drink? – Momofuku Peachy Keen
Skip to content 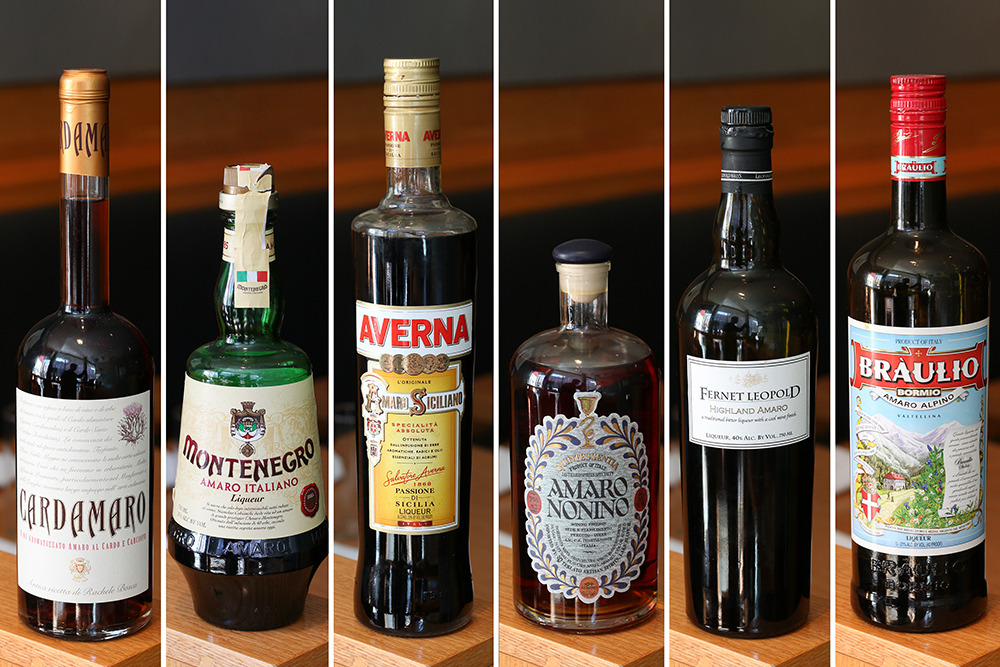 We’re big fans of amaro at Momofuku, but the world of amaro can be kind of confusing if you’re new to it.

Even if you know nothing about amaro, you probably know it’s bitter. (The word “amaro” literally translates to “bitter” from Italian. And fun fact: its plural is amari.) But just how bitter are amari, you ask? It all comes down to botanicals.

Amaro is made by taking wine or other spirits and infusing them with botanicals: everything from balsam fir, to bitter orange, cardamom, chinese rhubarb, cloves, saffron, even wormwood.

For centuries, people used these botanicals as medicine―to still the senses and ease the stomach. In early cases, botanicals were infused into wine, but as distillation developed, people started infusing botanicals into neutral spirits. Over the years, these early infusions became beverages we recognize today: Vermouth, Chartreuse, Benedictine, and, of course, amaro.

Many of these recipes for amaro were developed in Italy in the late 1800s, but it wasn’t until World War II that amaro took off as a popular drink. Two centuries later, there are still no strict laws, or even rules, about what can and cannot be called ‘amaro’.

We’ve narrowed the list for you―and we’re sharing it, roughly from least to most bitter.

This is a good place to start if you’re just trying amaro. It’s sweeter―there are some caramel-y, cola undertones that round out the herbal and root flavors amaro is known for. It’s also one of the older, more classic amaros still produced today with over 40 different botanicals in the recipe.

Since it’s sweeter, montenegro is a no-brainer alongside a slice of simple cake or any other dessert―just stay away from anything too sweet.

Think of Nonino as Montenegro’s more sophisticated, slightly older sibling. The Nonino family started distilling in Friuli in the 1897―and today, they’re super well known for grappa. In fact, they make their amaro using grappa. It’s more subtle than Montenegro but still has that touch of sweetness up front.

After a meal, it’s best served room temperature, but it also makes a great aperitif over ice with an orange peel. It’s also in a Paper Plane cocktail with equal parts bourbon, Aperol, and lemon juice.

Looks deceptively like it could be cardamom amaro, only it isn’t at all. Moscato from the Piedmont region is infused with cardoon and blessed thistle (artichokes’ less popular siblings), then aged in oak. It’s sort of similar to Cynar, but much lighter and drinks more like a sweet vermouth or oloroso sherry.

Cardamaro is great as an aperitif―a small glass at the end of a long day does wonders. Be sure to serve it chilled.

Averna is made in Sicily using the same recipe since 1868 when it was first invented by a man named Salvatore Averna. It’s a richer amaro―made with a top secret recipe that includes notes of flowers, fresh herbs, and a savory licorice-like flavor.

Averna is perhaps best after a meal, either neat or over ice. But it can also be great when made into a highball with an orange or lemon twist, anything to lift it a little.

To track down Braulio, we head to the opposite end of Italy from Averna―the Italian Alps. From the small spa town of Bormio, Braulio is an Alpine amaro in the truest sense. It’s packed with notes of pine, wildflower honey, bitter citrus, and wild mountain herbs.

This one is a digestif―we enjoy it slightly chilled, over a single large cube of ice. For a while it was tough to track down, but it’s just recently become available again in the US.

Find a friend from San Francisco to drink Fernet with―the Bay is the leading consumer of Fernet in the US. It’s quite intense, notably more bitter and mentholated than the other amari here. You either like it or you don’t and just choose to suffer through it with your San Francisco friends.

The traditional and best way to drink it is straight up, un-chilled, at the very end of a massive Italian feast. To tone it down, it’s also sometimes served with seltzer before a meal.