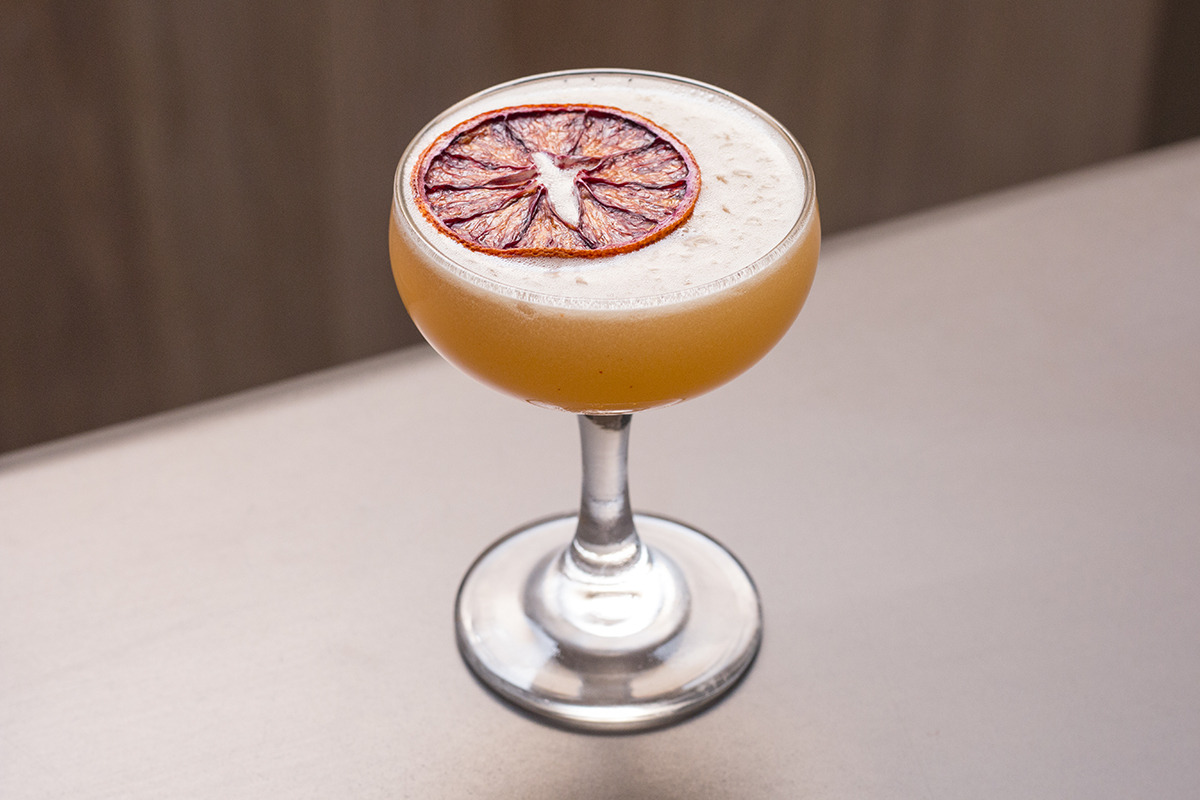 The De la Sol belongs to the one of the original and oldest families of cocktails: the sours.

To get the full story on sours, you have to go all the way back to 1862 and a book called How to Mix Drinks by a saloon-operator at the time Jerry Thomas. We would not have cocktails today without “Professor” Jerry Thomas.

Then and now, a sour consists of a base spirit, a sour fruit juice such as lime or lemon, and a sweetener of some kind. (Think margaritas or sidecars.) The De La Sol is a sour made with tequila, lemon, and an agave syrup cooked with togarashi as the sweetener.

When Momofuku Bar Director Lucas Swallows was putting together the cocktail list at Noodle Bar Columbus Circle, he wanted to make a sour that nodded at tradition but departed from it. The De La Sol does just that—it’s an aromatic sour, laced with savory spice and mellow floral notes. And it’s a drink that’s easy enough for those days when it’s too cold go to out for a drink.

CHAMOMILE TEQUILA
Steep tea in the tequila for 10 minutes and strain using a fine mesh strainer or coffee filter.

DE LA SOL
Shake ingredients with ice, strain into a cocktail coupe or over ice. Garnish with a dehydrated blood orange wheel.