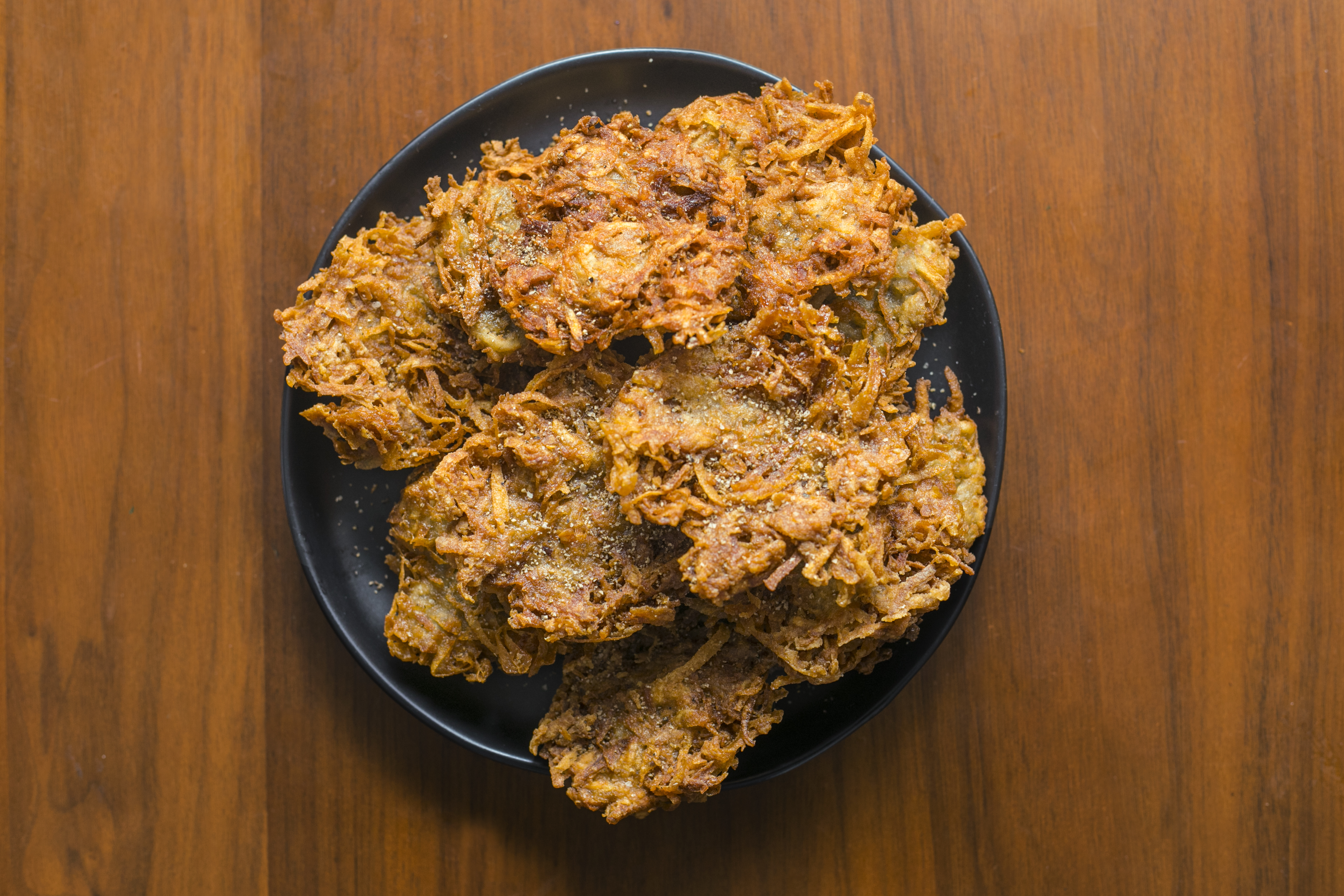 Grate the potatoes on the large grate of a box grater. Rinse the grated potatoes with cold water, briefly. Drain excess liquid in a colander. Let sit in the colander for a few minutes and press out as much moisture as possible.

Transfer potatoes into a large mixing bowl, and add in the rest of the ingredients, and give it a good mix.

Preheat a cast iron skillet on medium heat, and apply a thin layer of oil in the pan. Scoop about ⅓ to ½ cup of potato mix and flatten the mix out into ½ inch thick. Allow the hashbrown to cook on medium heat for 2 to 2½  minutes each side. It should be a medium golden brown.

Momofuku Seasoned Salt is a starter pack of flavor to take your cooking to the next level, packed with the same umami-rich ingredients we use in our Momofuku restaurant kitchens.