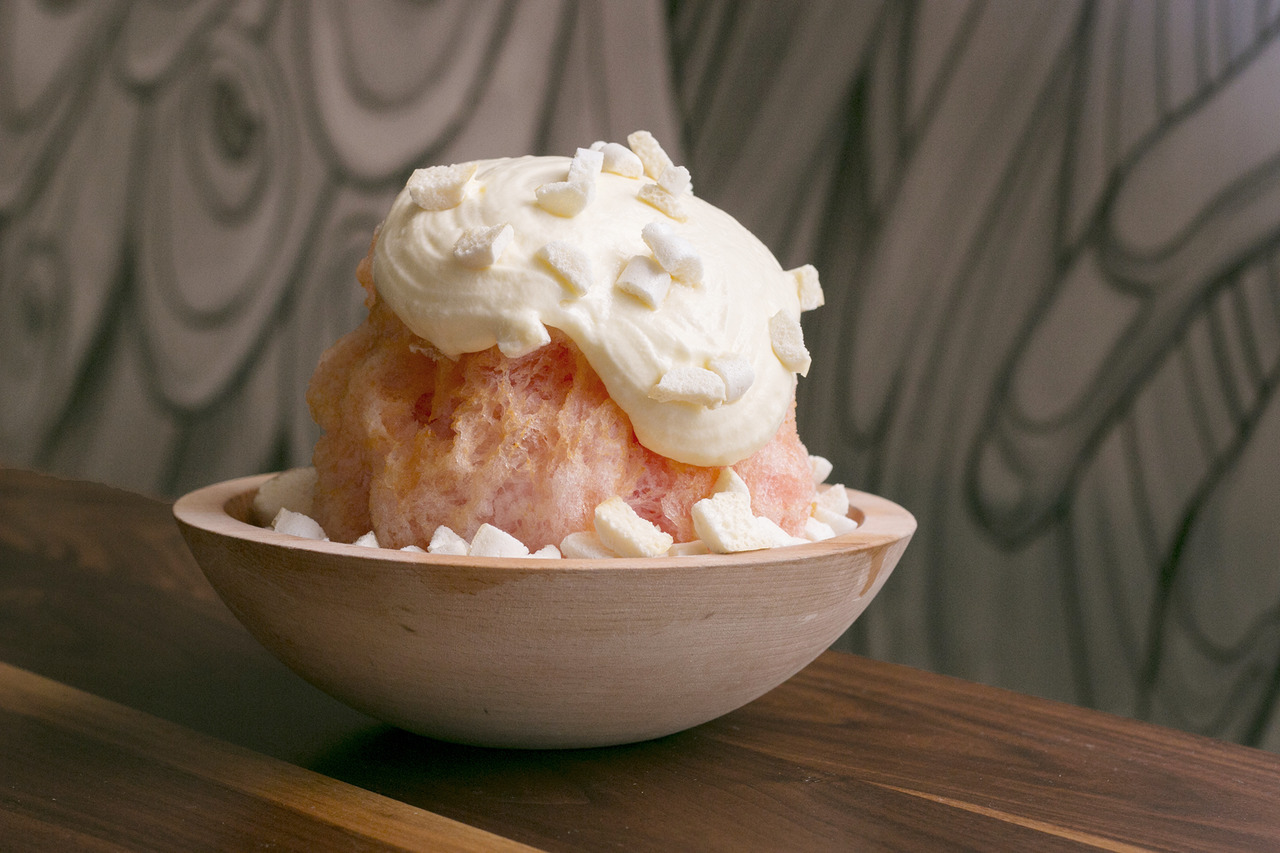 Shaved ice has (sort of) a history at Momofuku. Other teams around the Momoverse ran lots of tests before it finally found a permanent home on the Majordōmo menu with the kakigori. But the real history of this towering frozen dessert is much older―it dates back to 1000 AD in Japan.

Back then, it was a delicacy, enjoyed only by elites. In a book written by a lady at court about the Imperial Palace, she describes mounds of shaved ice and the people who ate them. These first kakigoris were made from ice blocks stored in ice houses high in the mountains of Kyoto in the winter. When summer arrived, the ice was carted down to the palace, where it was shaved by hand with a knife, piled in high metal bowls, and topped with sweet sap from vines, hydrangeas, and ivy.

It took more than 800 years for the first kakigori shop to open in Yokohama. By then, ice was more readily available―it didn’t have to be stored on the side of a mountain all winter. And when ice-shaving machines were invented in the 1930s, kakigori became even easier to produce.

Even though we’re no longer shaving it by hand with a knife, kakigori is still widely considered to be a serious craft throughout Japan. The process can be quite time-intensive―water is sourced from natural springs, before it’s carefully tempered so that it will shave into paper-thin sheets from a hand-cranked machine. And like in the early days, there is still a heavy emphasis on the local ingredients that go into the flavored syrups.

At Majordōmo, we knew we wanted to serve kakigori because it’s our favorite of all the many types of shaved ice out there. It’s also a way for us to tap into the fresh ingredients and produce we can get locally in California. We plan to change up the flavor a lot. The first one we’re serving is citrus, made with grapefruit and topped with whipped cream and crumbles of meringue. Word is that it reminds Chef Marc Johnson of an orange julius.