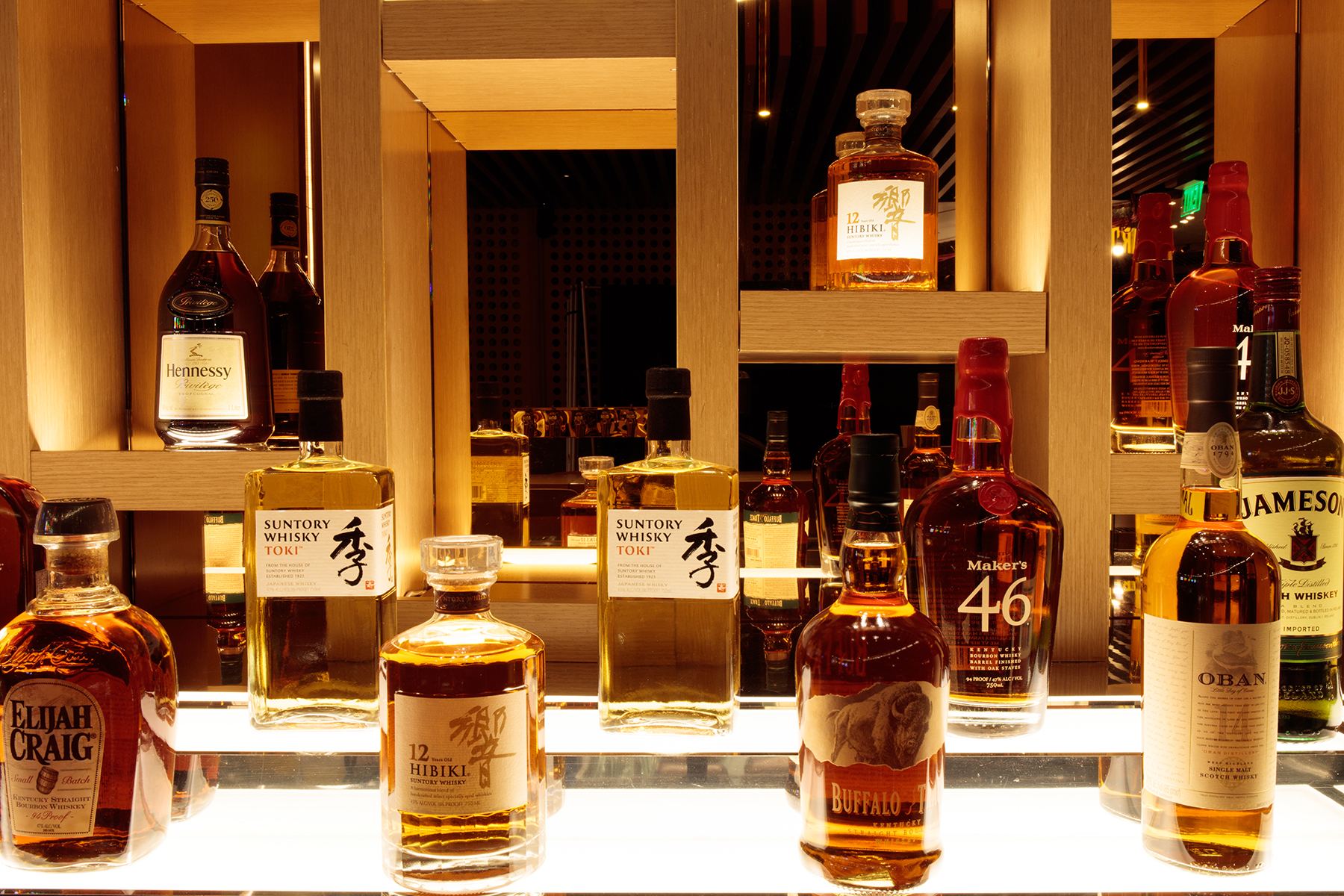 Japanese Whisky started in 1918, when chemist Masataka Taketsuru was sent from Japan to the University of Glasgow to study organic chemistry. while there, he spent almost two years apprenticing at whisky distilleries. After returning to japan, he established the first whisky distilleries in Japan at Suntory and Nikka. To this day these distilleries are major players in the Japanese whisky industry.

The first whisky wasn’t successful―it was too inspired by Scotland and too smoky for the Japanese palate. Japanese whisky is successful (and different from Scotch whisky) for three reasons: water, climate, and people. The water in japan is incredibly clear, creating a clean base for the spirit. The summers are also much warmer and the winters still cold. These temperature fluctuations in the barrels give the aging whisky a much deeper and more rapid maturation. Finally, the Japanese are notorious for their unique palates―their whisky is more gentle than its Scottish counterparts, but still very powerful. People in japan drink whisky throughout a meal, so they often want it with ice or water. Japanese whisky is made to hold up to diluting, which makes it ideal for cocktails.

After Taketsuru established his distillery, one of his mentors, Kiichiro Iwai, used notes from Taketsuru’s visit to Scotland and founded his own competing distillery in the 1930s. The Mars Shishu distillery, nestled in valley in the Japanese alps, was mothballed for several years until 2011, returning to full capacity in response to the huge increase in demand for Japanese whisky in recent years.

Here at Momofuku, we serve Japanese whisky on menus and in cocktails across our restaurants. Here are our recommendations for some to try.

BEGINNER
Hibiki Japanese Harmony (Suntory)
You may recognize the bottle―its 24 facets represent the 24 seasons on the Japanese calendar, an entry-level lighter whisky, it’s a true blend with floral aromas with notes of apricot, orange blossom, and clove. We serve it in cocktails such as the hibiki highball at Ssäm bar and mountainside at Nishi.

An entry-level whisky from mars, it is inspired by American whisky with a majority of corn balanced with light malt and aged in former bourbon barrels. It’s ideal in a julep or old fashioned, and we love it in a manhattan, since it shares some similarity with American whiskey.

Iwai Tradition (Mars)
A more complex version of the iwai whisky, the tradition is more malt driven. It’s aged in a blend of sherry, bourbon, and wine casks with hints of peat and notes of ripe cherry, honey toffee, and ginger spice. We also serve this whisky at Ko and Ssäm bar, and it’s great as a highball or neat.

Fans of smoky islay scotches will enjoy this smokey single malt that’s made at Suntory’s Hakushu distillery at the foot of the Japanese alps. Despite more delicate aromas, the smoke note is considerably amplified on the palate, especially on the finish. This whisky is currently on the menu at Ko and Ssäm.

Made at Japan’s oldest distillery, this whisky is aged in American, Spanish, and Japanese oaks. It’s more medium-bodied with aromas of dried fruits and honey and a mellow citrus and woody notes on the palate. We currently serve it at Ko.

Komagatake Rindo (Mars)
This whisky officially launched at the 2015 Tokyo whisky festival. aged partially in Japanese wine casks, its blend includes some 20-year-old stock. Notes of earthy peat, marzipan, tobacco round out this whisky. Limited to only 8,200 bottles worldwide, this rare Japanese whisky is currently at Ssäm bar.

Also made at Suntory’s Hakushu distillery, this whisky is aged a minimum of 18 years. It uses water sourced from Ojira and Jingu rivers, uniquely soft and pure from the granite rocks of the Japanese alps. It has a fruity aroma with orange and pear and notes of pastries, spice, and touches of smoke on the palate. This rare whisky is currently available on the list at ko.