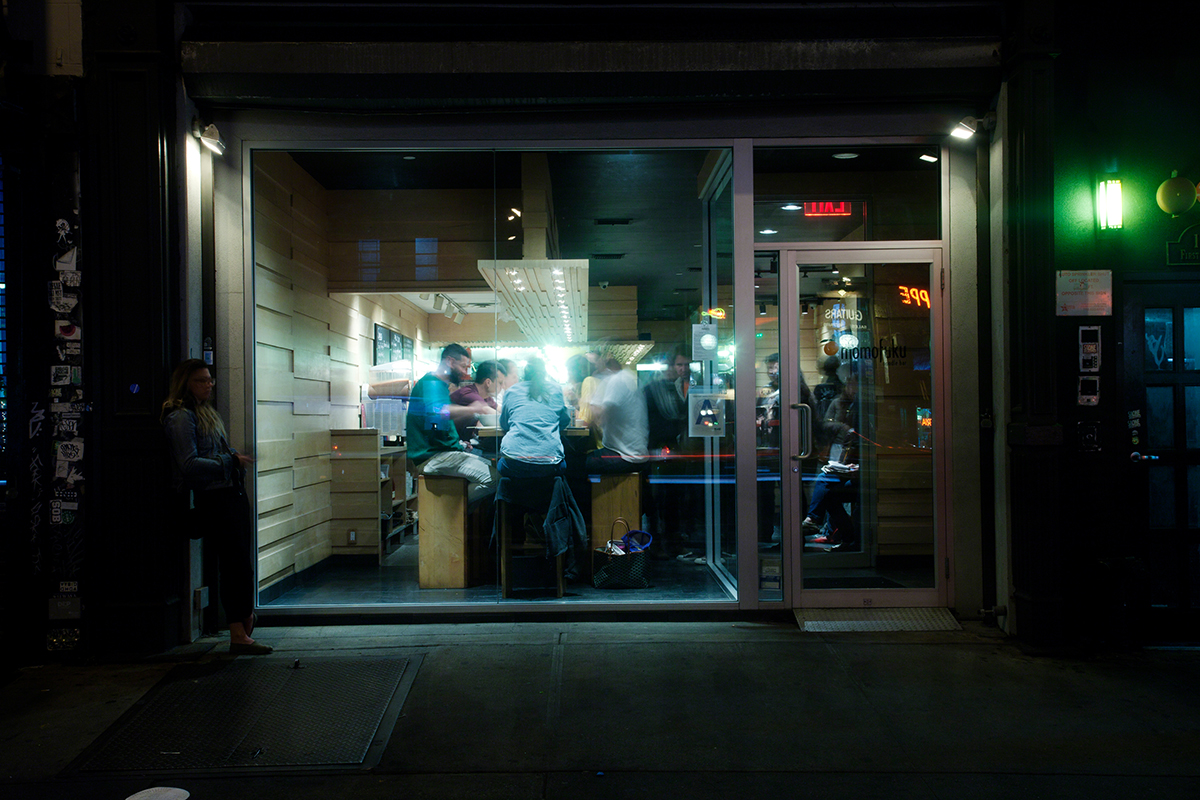 If you worked at Noodle Bar before 2016, chances are your favorite place to go after work was a tiny spot called The Redhead. It was on 13th Street and First Ave, which is key because one of the best things about The Redhead was that you knew the crew from Ssäm Bar would be there as well as the folks from Ko, Hearth, and a bunch of other spots. They served fried chicken, and when they closed in 2016, it was a very sad day in the East Village.

In its absence, here are a few other spots to go late-night from Noodle Bar alums across the Momoverse.

Vinny Vincenz
Nick Tamburo | Momofuku Nishi
They have the best dollar slice in the city, bar none. It’s probably even better than slices that cost three times as much. It’s honestly worth it to stop by for a slice before work and then go back for one at the end of the night.

11th St Bar
Sean Gray | Ko
A really great, depressing place in the very best of ways—exactly what you want at the end of the night. It’s pretty much an Irish pub, but it also happens to be the official home of New York’s Liverpool Football fan club. It’s exactly what you expect, and it’s great.

Planet Rose
Veronica Trevizo | Momofuku Seiōbo
It’s not always a karaoke night, but when it is—this is a good spot. They have lipstick-red wall and zebra-print seats and their website says that they offer, “karaoke for drinkers who sing and singers who drink.” It’s always a very solid night.

Zaragoza Grocery
Jude Parra-Sickels | Majordōmo
Excellent place for a quick taco fix at the end of the night. It’s strictly a take-out operation, but it’s worth a visit if you’re hungry. Don’t sleep on the chicken flautas—they are some of the best things they serve.

O’Hanlon’s Bar
Sam Kang | Bar Wayō
This is an Irish Pub on 14th Street and First Ave with a pretty big draft lineup including, of course, Guinness. There’s pool and darts in the back, if you’re into that—which we often were at the end of a long day.

Tile Bar
Graham Klinkbeil | Fuku
This is a quintessential dive bar that a lot of Noodle Bar and Ko people have gone to over the years. The beer is extremely cold, which is the only way beer should be served, and they have a jukebox which is fine to ignore but also fun to play if you’re really feeling it.