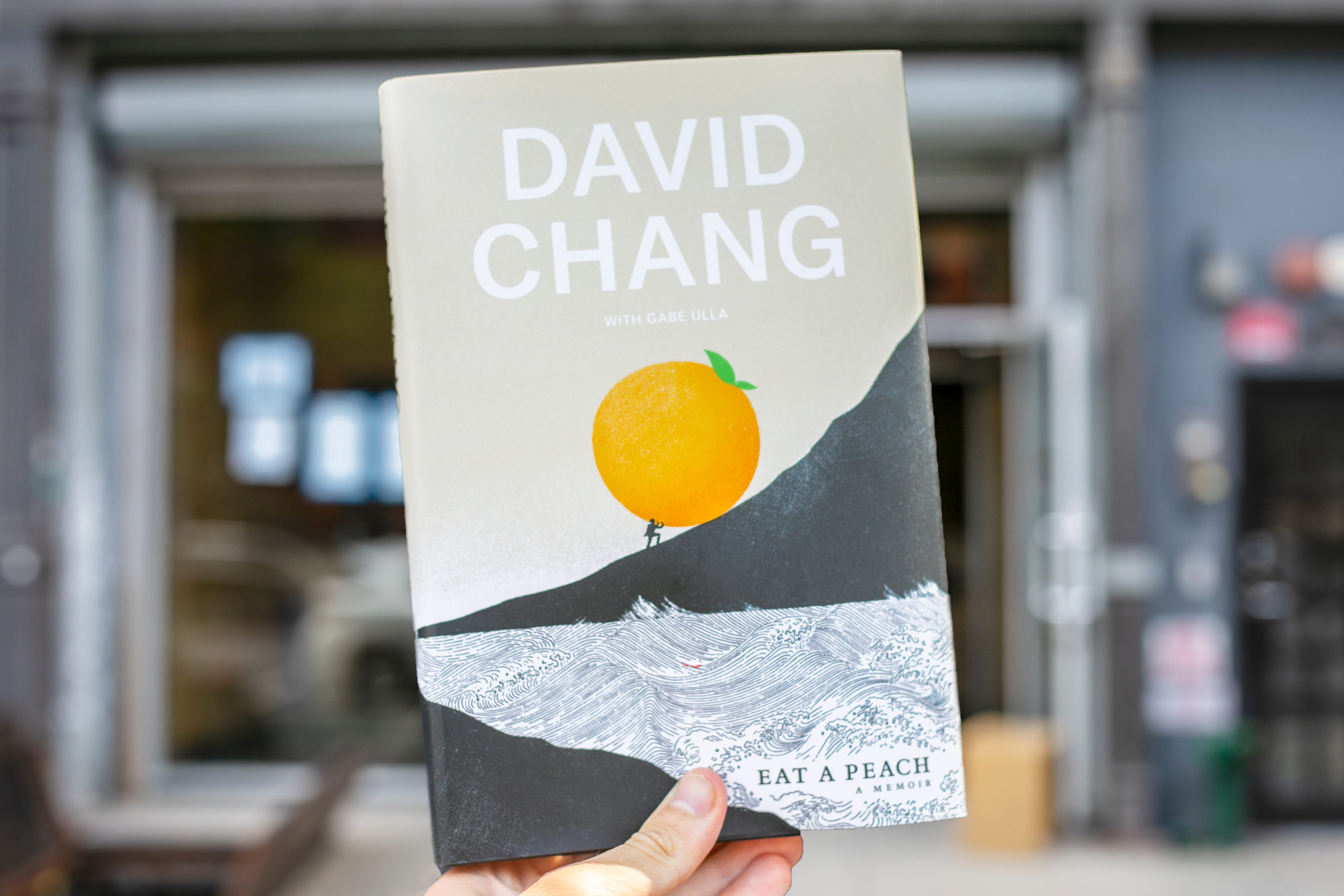 Lots of people ask David Chang how to become a chef. In his new memoir Eat a Peach, he tells his story. Here is an excerpt from the end of the book where he sets the narrative aside and pens 33 rules he would pass along to anyone who aspires to be a chef.

Eat a Peach is on sale now.

33 Rules for Becoming a Chef

For those who became chefs because they had to, it’s crazy that anybody with other options would want to work in restaurants. But any chef who has found some degree of success—no matter how illusory that success may be—will end up fielding the same question: How do I become a chef?

For my answer, I’ve cribbed a format from the great Jerry Saltz, who wrote an incredible essay for New York magazine titled “How to Be an Artist.” In the spirit of Jerry’s thirty-three guiding principles for aspiring artists, what follows are my thirty-three rules for becoming a good chef. Nobody needs rules to become a shitty chef.

I’ve covered some of this material already, but it’s all worth revisiting. Or, if you skimmed over the past 250 pages or so, you’re in luck. All my salient observations about the restaurant industry and usable advice are contained herein.

I briefly considered getting a bunch of well-known chefs to sign off on this but ultimately decided not to force my perspective on my friends. In that spirit, keep in mind that these rules are all highly subjective and that I’ve broken nearly every one of them at some point. That’s part of the process.

PART ONE
Do You Love Washing Dishes?
Important questions to get you started.

Rule 1. Being a chef is only partly about cooking.
Before you drop out of school or put in notice at a comfortable job to chase the dream of being a chef, you should make sure you know what you’re getting into. Let’s see how you respond to the following questions:

Do you love washing dishes? How about mopping floors, taking out the garbage, unloading boxes, and organizing the refrigerator? These constitute 90 percent of the job of being a chef. It helps if you enjoy them.

Are you hungry? Sorry—I’m not asking if you want to eat. I’m asking if you’re ready to outwork everyone else around you. Hard work is the great equalizer in the kitchen. If you can grit it out, you can overcome a significant lack of talent, experience, and privilege.

Were you a theater understudy and/or second-string bench-warmer in high school? Good, because you will need to love being on a team and not always getting the spotlight.

Are you inherently jealous of your friends? Be honest, because you will experience FOMO like never before in your life, as you get into the habit of missing Friday and Saturday evenings, birthdays, weddings, and anything that involves not being at work at night.

Do you intend to support a cushy lifestyle on your cook’s salary? Hopefully not. (Not that the same applies to the people you work for. Look for someone who has bet it all on cooking.)

Is there anything else you could be doing for a living?

Is cooking your only hope?

Are you still with me?

Rule 2. Don’t go to cooking school.
Theoretically, cooking schools are a great idea. They provide a curriculum, experienced instructors, and job placement opportunities. A degree from the Culinary Institute of America will open doors to a perfectly comfortable career track in a hotel restaurant or corporate kitchen that pays a decent salary with benefits.

But you wanted to be a chef, right?

On a practical level, the scenarios presented to you in culinary school bear no resemblance to a restaurant kitchen. In the real world, you don’t have five people working one station during an easy lunch rush with a forgiving audience. Make no mistake: cooking schools are businesses that are selling you on the illusion that you will emerge from their programs as a bona fide chef. They prey on your not realizing that you can learn all this stuff for free (see rule 9). Of my graduating class of thirty-five at the French Culinary Institute, I can think of only one or two other people who are still cooking professionally. If medical schools had that kind of failure rate, there’d be congressional hearings.

Go to college and major in engineering, chemistry, microbiology, history, philosophy, or literature. Any of these will come in handy, whether or not you become a chef. Learn about Asian, European, African, and Latin American history and pay attention to how culture evolves around the world. Study the Medicis, the Ottomans, Genghis Khan, the Aztecs, Jared Diamond, Darwinism. I was a religion major, and studying the Bhagavad Gita changed my life. So did studying logic and Gödel’s incompleteness theorems. Join the debate club. Practice piano. Write for the college newspaper. Take an interest in your fellow classmates and their stories.

Pick a state school with low tuition in a vibrant food city like Austin, Houston, Los Angeles, San Francisco, or New York, and get a job at a restaurant or a bar. Give them twenty hours of your time a week, and don’t just work in the kitchen. Work as a busser or server, too. You will get a sense of the atmosphere and the rhythms of a hospitality operation. Most important, in getting a college degree while working at a restaurant, you’ll test your ability to follow through on your commitments. Plus, a bachelor’s is a way better safety net than a culinary degree.

Rule 4. See as much as the world as humanly possible.
Go on vacation with your parents. Stuff your belongings into a duffel bag and hit the road yourself. If you’re a college student, study abroad. If you’re already a cook, here’s the good news: you can cook anywhere. Do not let the language barrier be an excuse. You don’t need an interpreter to understand what the chef means when they gesture over to the pile of plates sitting by the sink. You might have to stay in domiciles with questionable plumbing. That’s what being young is for. I stayed in a homeless shelter while I was working in Japan. it was all I could afford.

You need to be surrounded by people and understand why cuisine happens the way it does. Eat everything you can. Take it all in—not just the food, but all the beauty, heartache, wealth, poverty, struggle, racism, history, and art you can find. It’s going to help you empathize with people, which is the most powerful tool at a chef’s disposal.

Rule 5. Fight for the job you want.
When it comes to picking a place to work, aim for a restaurant with a kitchen that will push you beyond your skills and comfort zone. If you’re lucky enough to land a job interview, show up early. Shower and look presentable. Bring all your equipment in case they want you to stage right away.

If the restaurant tells you they’re not hiring, but you’re sure this is the place for you, don’t give up. For a young Magnus Nilsson, the palace was Pascal Barbot’s tiny kitchen at l’Astrance, in Paris: three Michelin stars at the time (now ridiculously downgraded to two), a highly influential style, and no shortage of capable cooks. Magnus showed up one morning to ask for a job. Like hundreds before him, he was denied. How did Magnus make it? He showed up every single morning for months until they finally granted him a chance. Sometimes getting your foot in the door means wedging it in.

Excerpted from Eat a Peach: A Memoir, by David Chang with Gabe Ulla published on September 8, 2020 by Clarkson Potter/Publishers, an imprint of Random House, a division of Penguin Random House LLC. Copyright © 2020 by David Chang.

We independently select all of our editorial products. If you buy something through our links, Momofuku may earn an affiliate commission.