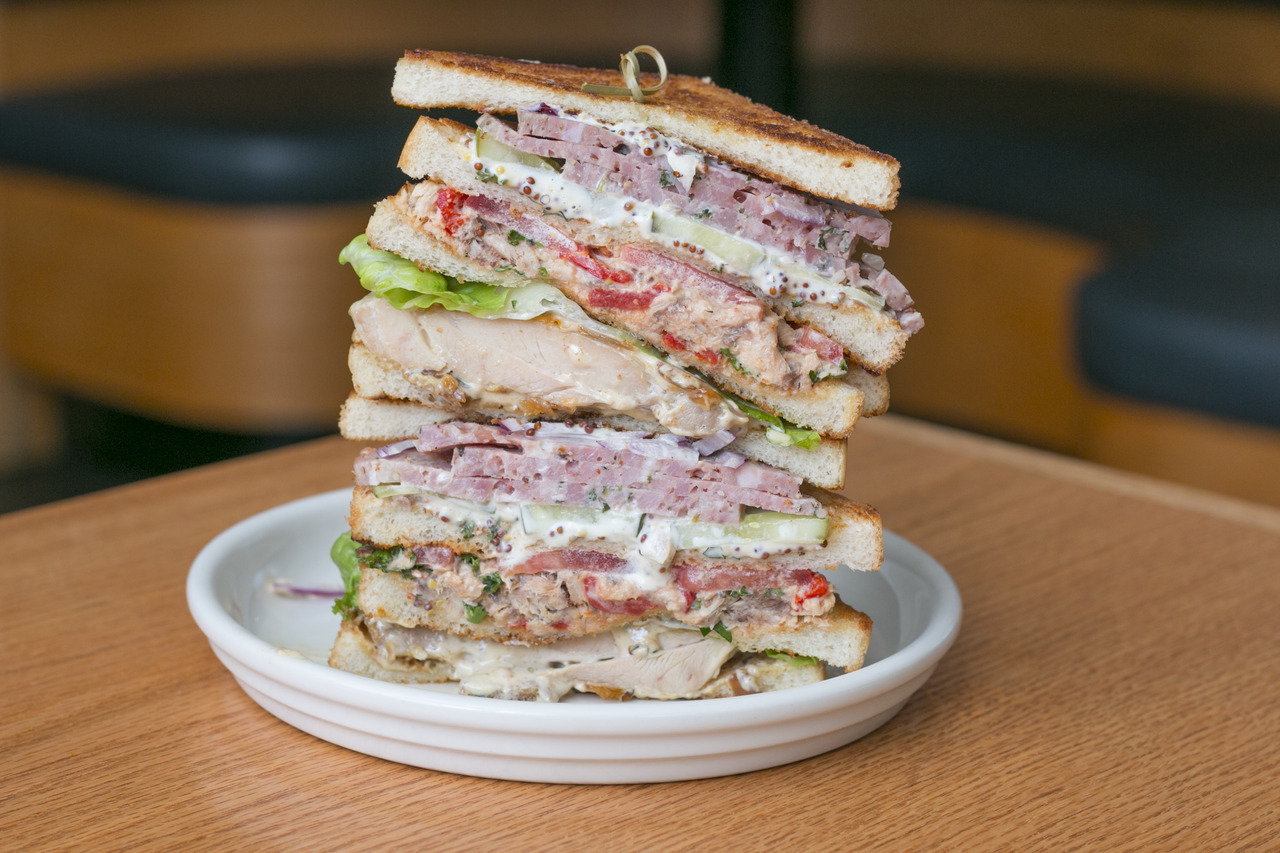 If the Dagwood seems like a cartoonish sandwich, that’s because it is. The concept comes from Dagwood Bumstead, a character in Blondie, a comic strip that has been running since the 1930s. In it, Dagwood makes mile-high sandwiches with whatever he has in his fridge—meats and cheeses and sometimes a whole fish, all speared with a olive-topped toothpick. It’s over-the-top but delicious, which is exactly what you’re looking for at brunch anyway.

Here’s what goes in Nishi’s version―as told by chef Joshua Pinsky, our own Dagwood Bumstead.

Milk Bread
We get our milk bread from Panya Bakery in Cooper Square. I’ve made Dagwoods with just four slices of bread, but I’ve seen ones with six or seven. That’s too many for me—you still need to be able to eat it.

Roast Chicken
I didn’t want to do deli meats because I thought the sandwich needed a more substantial base. Roast chicken does the trick. This layer also gets caramelized-onion mayonnaise and lettuce.

Sardines
I really wanted to do tuna fish in here but didn’t because people get so sensitive about tuna fish. Sardines sound nicer, plus they’re a reference to the whole fish that often appeared in the comic book Dagwoods. I add piquillo peppers, parsley, and lemon

Pâté
The pâté is the technique-forward part of the sandwich. It’s just a rustic pâté de campagne which is pretty easy as far as terrines go, but I think it’s still a good technique for young cooks to learn. And even though it’s a super classic French preparation, it has a lot of flavor—which is good for our Italian-leaning menu. This layer just gets mustard, pickles, and shallots.