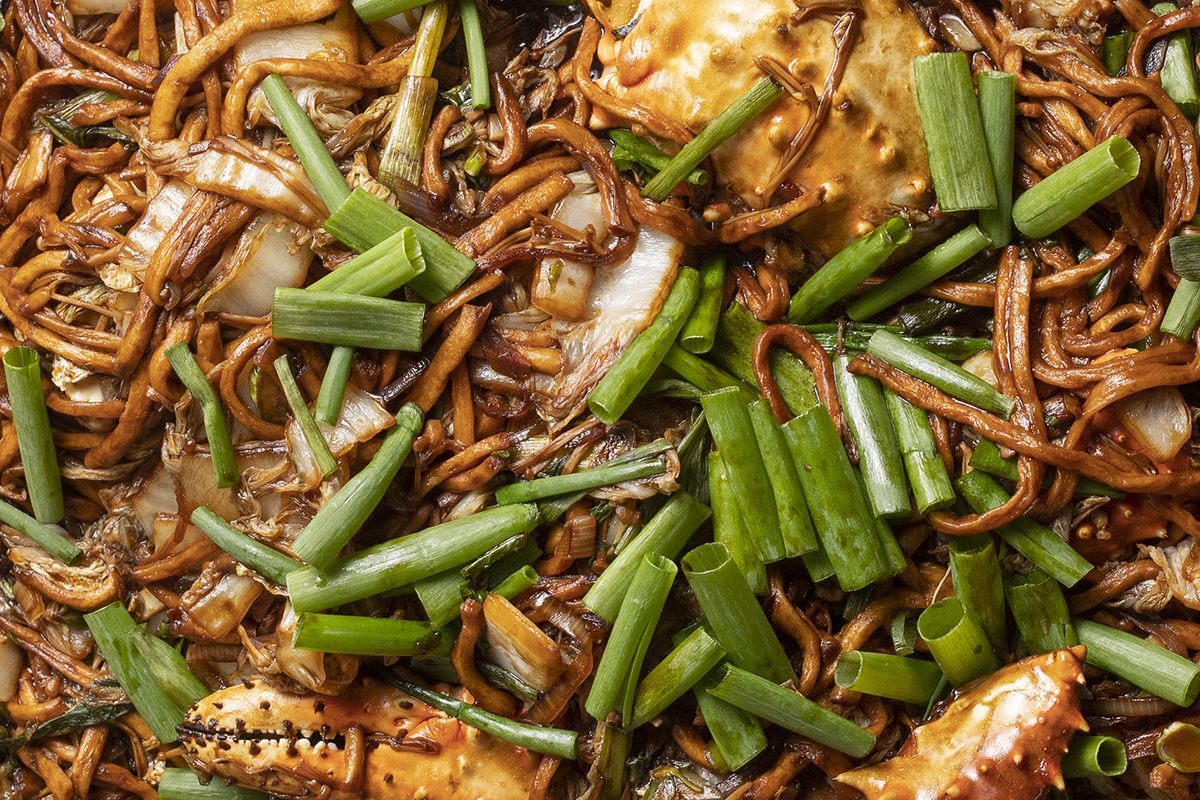 Over 2 million people subscribe to Thomas Delauer’s Youtube page for wellness tips. His most recent video, the “Complete Women’s Guide to Intermittent Fasting,” had 61,000 views in the first 48 hours. Three years ago, when he made a video on “the truth” about MSG, or what he calls “the Chinese food taste enhancer,” he looked like an authority to a lot of people.

In the video, DeLaur opens by saying MSG is safe and natural—he seems to be in favor. He backtracks. MSG is still “dangerous,” he says, because it makes food taste delicious. A styrofoam container of lo mein with an eggroll flashes on the screen. “You could actually be eating something rancid or that has been sitting out that’s the danger of MSG.” He doesn’t mention Doritos or Ranch Dressing or many other foods made with MSG. The focus is on Asian food.

It’s been more than 50 years since the New York Times published “Chinese Restaurant Syndrome Puzzles Doctors,” which cites MSG as the culprit for a slew of symptoms people were experiencing after eating at Chinese restaurants. MSG still hasn’t recovered.

As Harold McGee explored in the first issue of Lucky Peach, the article was a response to a letter to the editor that appeared in the New England Journal of Medicine six weeks earlier. This letter was the first to describe the symptoms, everything from numbness in the back of the neck to weakness and palpitations. It wasn’t a scientific or medical paper. It was a letter to the editor—which anyone could submit. It asked a question and proposed one possible answer. Perhaps, the author wrote, because Chinese restaurants often use MSG in their cooking, consuming large amounts of MSG might be connected to the symptoms. The journal published the letter under the title “Chinese Restaurant Syndrome.”

Following this first letter, a flood people wrote in to the journal recounting similar stories of inexplicable and unpleasant symptoms. Over the following weeks, the journal published more of these anecdotal accounts under the same title. It wasn’t long until the story moved to mainstream media.

As coverage grew, attention gravitated to a single culprit: MSG. At the time, it was a little-understood seasoning in Western kitchens. The Joy of Cooking described it as “the mysterious white powder of the Orient.” Almost overnight, and with not a shred of scientific evidence, MSG, and Chinese food more broadly, became demonized, as more and more people believed that they too suffered from Chinese Restaurant Syndrome.

Countless studies over the years have supported this idea that MSG is safe, many of them conducted by the Food & Drug Administration. The most recent report for the FDA was prepared by the Federation of American Societies for Experimental Biology (FASEB) and concludes that MSG is safe. The research team was unable to confirm any of the side effects that are typically associated with MSG in the doses that people consume.

Many of the studies people reference when they cite problems with MSG involve quantities and parameters that are far beyond how MSG is actually consumed. One study that has gained particular attention was published in Nature in 1969 by Dr. J.W. Olney. In his study, Dr. Olney injected a highly-concentrated dose of MSG directly into the brains of young mice. He observed some deeply-concerning effects. Injected mice had higher rates of obesity in adulthood. They also suffered tissue death.

These effects would be troubling if it weren’t for the large problems with the design of the experiment. In the years since, the legitimacy of the experiment and validity of the conclusion have been repeatedly refuted and overturned by researchers. An article in The Washington Post in the 1990s outlines the core issues that debunk the study. The quantities of MSG and the method of administration are completely inconsistent with the ways people consume and process MSG. No one takes in MSG at such a high quantity. It’s also never ingested directly into the brain.

The reality is that glutamate occurs naturally in many of our favorite foods. If you’ve ever appreciated the savory tang of parmesan cheese or aged beef, the almost-earthy quality of tomatoes and mushrooms, or the depth of fish, it’s because of glutamate. It signals the presence of the fifth taste: umami.

Umami, literally meaning “deliciousness” or “savoriness” in Japanese, was first discovered in 1906, when a Japanse chemist reduced a Dashi broth into a crystalline powder of monosodium-glutamate. This chemist went on to co-found Ajinomoto, a Japanese food company that is today the world’s largest commercial producer of MSG.

Even with a mountain of evidence, including studies from the FDA, demonstrating MSG does not cause Chinese Restaurant Syndrome or adverse health effects, people still find ways to wind the narrative back towards stereotypes of MSG, and Chinese food more broadly, being bad for your health. Nutritionists with millions of Youtube subscribers are still standing against MSG. Major corporations, like Campbell Soup Company, continue to remove MSG from their products.

Food is exceedingly complex. It’s often very difficult to draw a link between a single ingredient and a single symptom. In the case of MSG, it’s actually not difficult—there is no such illness as Chinese Restaurant Syndrome, and MSG isn’t the cause of the symptoms associated with it.

Forty years later, we’re still contending with the assumptions of a un-founded, presumptive letter to the editor that has been overturned again and again by actual research studies. It’s as troubling now as it was then.

This article was inspired by a story by Harold McGee that appeared in Issue 1 of Lucky Peach.