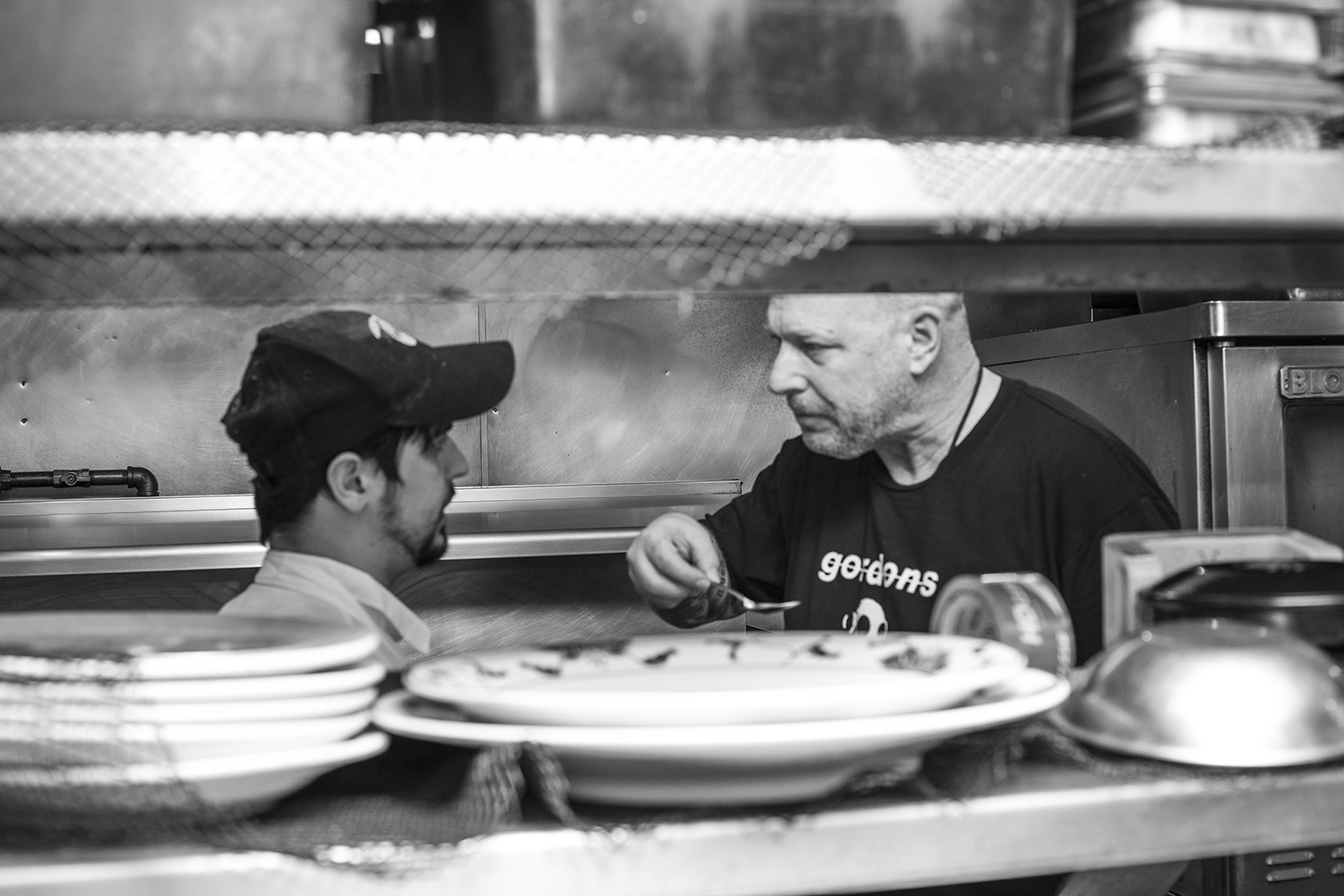 In Chef Andy Ricker’s latest cookbook, Pok Pok Noodles, he explores Thai street food noodles and traditions. The problem: most of these noodles don’t have recipes. They are prepared by the hundreds of vendors on the streets of Thailand, who cook them the same way their family has cooked them for generations. Nothing’s written down. It’s all memory.

Andy sat down to chat about his experience tracking down the process behind some of them—and why the vendors themselves resist this idea of a recipe. 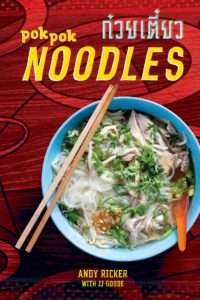 From dishes like phat thai and phat si ew to lesser-known ones like kuaytiaw reua (boat noodles), noodles represent many of the most delicious and satisfying dishes in the Thai culinary canon. In POK POK Noodles, chef Andy Ricker shares recipes for his favorites–including noodle soups, fried noodles, and khanom jiin, Thailand’s only indigenous noodle.

Momofuku: So how did you approach writing recipes?
Andy Ricker: Mostly you take an educated guess and then you refine. The origin of them is not, you know, a thousand years ago in Thailand. The origin was mostly when Chinese immigrants started showing up around the turn of the century and people really started moving to the cities. They were eating away from home. So these noodles grew out of vendors making them. It wasn’t something people cooked at home and took to the streets. It already arrived as a vendor’s dish.

Writing the recipes is all about the process for me—understanding how it all comes together. As And I’m hard-headed, so I don’t go on YouTube and try to copy someone. I would rather do it from the process because then you really understand what’s going on with this stuff.

For a long time I just thought, well, maybe it’s because a lot of the food comes from Hong Kong. There are a lot of Westerners there, so I assumed they acquired a taste for lettuce. Eventually I found out that China is by far the largest producer of lettuce in the world. They’ve been cultivating lettuce for 2000 years, but they almost never eat it raw. It’s almost always cooked: stir-fried, in a soup, or something like that. I realized, wow that changes a lot.

So they have a need to use it—a lot?
It was just part of their thing. There’s this dish that you find really only in Chinatown, in Yaowarat, in Bangkok. It’s fresh, wide-rice noodles with chopped onion, stir fried in pork fat with chicken or duck typically, seasoning sauce, cuttlefish, and it’s cooked slowly in a brass wok. It’s not a raging pot. You crack an egg into it, and the noodles start getting a little crispy, and you turn the whole thing over like a little cake. And then you serve it on a bed of lettuce.

For a long time I was like, a bed of lettuce? Is this really part of the cuisine? Why is this in here?
The other thing is this—the people who make it, they’re not curious. They’re not documenting it in the way I am. They’re not going to tell you, it’s because lettuce has been in Chinese food for 2000 years. It’s nothing like that. They’ll say, because it tastes good, because that’s what my grandfather did.

That’s what recipes are to so many of these vendors—it’s what their family has been doing for 70 years, and that’s why it’s in there. And if you ask, why? Then they say, because Thai people like it. That’s the end of the conversation. The deeper you get to the cuisine, the more you learn the little details, and it can really change your perspective in small ways. Which is boring as fuck to most people but really interesting to me.

Why do you think they’re not curious? Or is that us, as Westerners, imposing this curiosity on them?
I think that we as Westerners, we want to know why why why why. I think a lot of times for these street vendors food is just commerce. It’s not art. Especially these days, we as Westerners want to think of food as art in some way.

I call bullshit on that. Food isn’t art. Food is a commodity. And when we prepare it, we’re doing something that is at best a craft. We’re manufacturing stuff.

Most of the time this means there’s not a nostalgia for the deep history of it. I guess, unless you happen to be the family that’s been making it for 75 years and were the first once to have done it, then you can make that claim and more people will buy your food. There’s also a certain amount of secrecy involved. These people might know the origins, but they might not want to tell you because you might be a spy trying to get their recipe.

Even with people that I know really well, that I’ve known for years—I ask them questions about it, and there’s a certain amount of thought that doesn’t match mine.

If you talk to Austin Bush, the guy who did all the photos for the book, who’s completely fluent in Thai, he’ll tell you he runs across this all the time. In his research, he’s talking to people in their local dialect, and he’s much more capable of nuance than I am, and he still runs across the same thing.

He’ll ask, why is this particular dish like this? They’ll say, it’s because Thai people like it, because my mom made it this way, because it’s cheaper to make it like this. It’s a very practical, pragmatic thought process. It’s not lofty.

He occasionally gets some chestnuts—folklore—that enters into it. I remember at one of my favorite places for Pad See Ew, I walked in, and the guy was making it, and I was talking to my employees—because I was explaining to them what he was doing while he was making it—so I was saying it in Thai also so they could understand what I was saying. He overheard me say, “the fire is really really hot,” and he said, “if the fire is not hot, the food is not delicious.”

That’s the magic folklore. There’s no recipe that says make the fire really hot. There’s no special technique there. He’s just saying, if you want to make Pad See Ew, you fucking have to have a hot fire or else it’s not going to be good. But why! You could ask. Because the food won’t be delicious if you don’t. It always comes back to that idea.